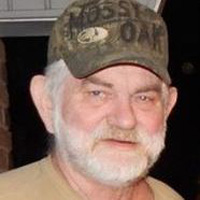 Ronald Eugene Lynn, Sr., 76, affectionately known as “Poon”, of Grayville, IL, passed away on Wednesday, June 5, 2019, at Deaconess VNA Hospice in Evansville, IN.  Private graveside service will be held at a later date.  There will be no visitation.

He was born on October 23, 1942, in Albion, IL, the son of the late Carl Lynn and Roberta Keener.  He was a U.S. Navy veteran.  He retired from Champion Laboratories in Albion.  He married Eleanor Russell and had 3 children.   He later married Earlene Winebarger who preceded him in death.

In addition to his parents, he was preceded in death by one sister, Sue Duncan (Lynn) of California; and three brothers: Kenny Lynn of Grayville; Robert Lynn of Fairfield, IL; and Bill Lynn of Knoxville, TN.

Cook Funeral Chapel in Grayville is in charge of  arrangements.