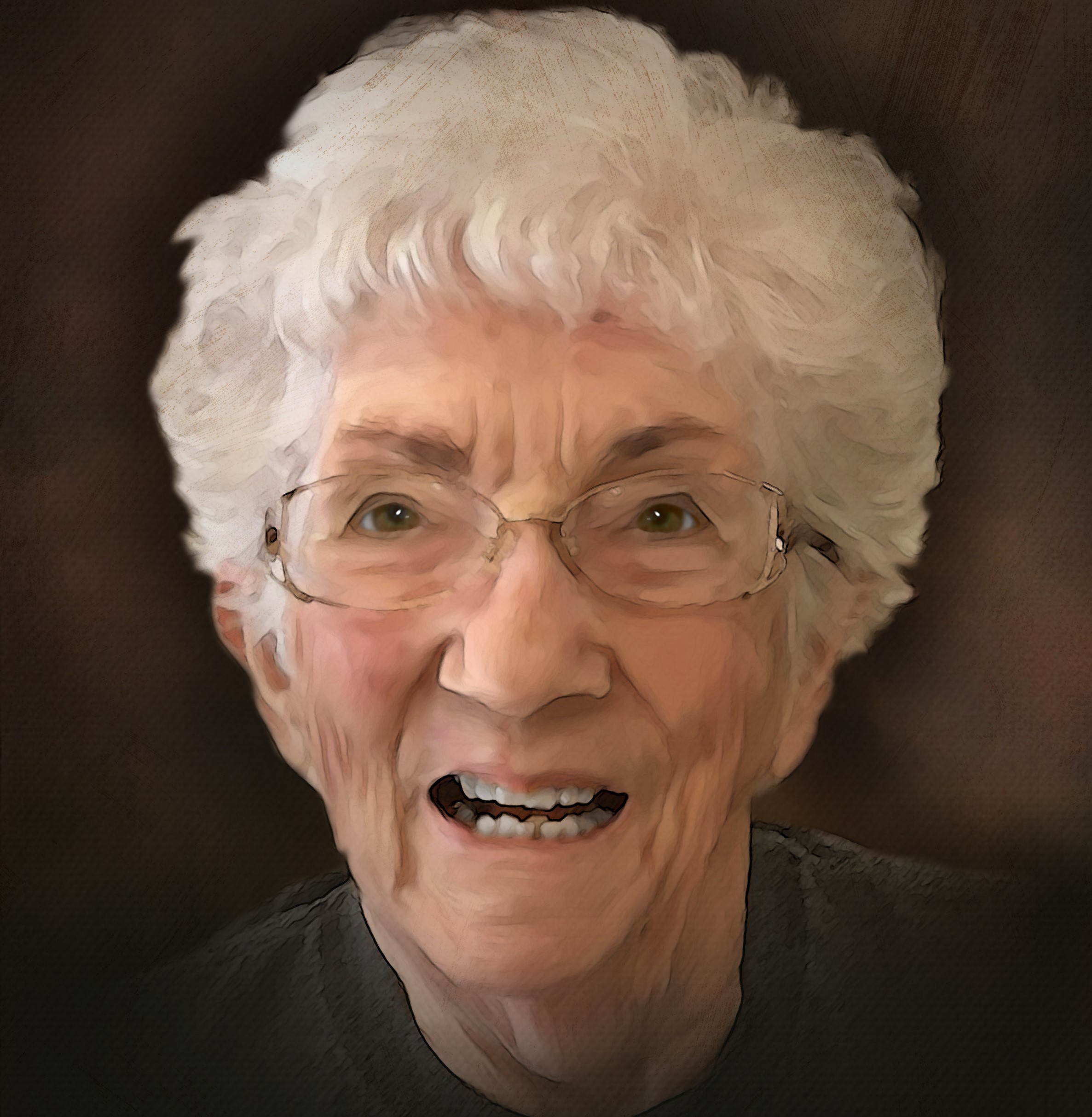 Roberta “Bertie” Saunders Johnston Brantley passed away peacefully on June 3, 2020, at 1:01 p.m. at Village East in Pell City, Alabama. She was 101 years old!

Roberta was born in Carmi, Illinois, on December 1, 1918. She was the youngest daughter of
eight children born to John and Loutisha Saunders who lived and farmed West of Carmi. She
will be laid to rest just down the row from her Pop, Mom, and other siblings at Bruce Chapel Cemetery.
Her nickname came from her Pop who called her “his little Bertie.”

Some of her favorite memories were playing on the farm with her younger brother, Arthur. They
spent hours exploring and getting into “mischief.”

Roberta moved to Evansville, Indiana, after her high school graduation from Carmi Township
High School in 1937 and went to beauty school. She was writing to several young men overseas
during WWII. Our Dad was the lucky one that came home first and on November 19, 1944, they
were married. Mom told us he wrote good letters! His career took them to several places,
including Illinois, South Carolina, and Alabama, until they finally settled in Indiana.

She was involved in her church and loved to sing the old gospel songs. Billy Graham Crusades
were a highlight for her and not to be missed. Roberta had a beauty shop in their home for some
time and then worked for 10 years in the Indiana University Theatre Costume Department
teaching the theater students how to sew and getting ready for their plays and
performances. She continued working in that field at Indiana State University when Don’s job
took them to Terre Haute, Indiana.

After retirement, she and Donald spent 20 years being snowbirds to the tip of Texas, then back
to their home in Indiana. Roberta was married to Donald for 57 years until his death in 2001.
Two years later, she was contacted by an old boyfriend, Claud Brantley, and they went on their
first date July 4, 2003. Their first date was to a garage sale, which was one of her favorite things
to do. Two months later they were married in Kentucky and spent seven wonderful years
together until his death in 2010.

She was always active and loved working in the yard, planting a garden, swimming, and was even
on a competitive tennis team after she retired. Roberta also picked up painting after retirement
and became an accomplished painter.

People who knew her believe Roberta’s love of life, her love for Jesus, and her desire to help
others was the reason for her health and longevity.

Services will be on Friday, June 12, 2020, at Cook Funeral Chapel, 101 Edgewood Lane, Carmi,
Ilinois. Visitation starts at 10:00 a.m. and the service at 11:00 a.m. Burial will be at Bruce Chapel
following the service. We encourage you to bring with you your favorite story or memory of
Roberta to share!