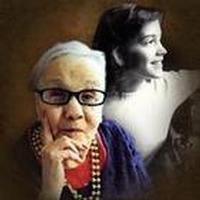 She was a home health care worker and enjoyed sewing, arts and crafts and was a very talented at oil painting.

At Norma’s request, her remains were cremated and there will be no services.