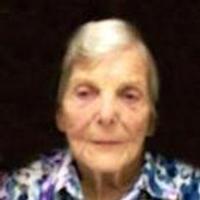 Morrissine Drew 91, of McLeansboro, Illinois, departed this life on Wednesday, August 15, 2012, at Wabash Christian Retirement Center in Carmi, Illinois, and joined the Lord in Heaven. She was born March 3, 1921, in Jacksonville, Illinois, the daughter of Samuel Morris and Rosie (Black) Jumper. She married Dale R. Drew on March 26, 1937, and enjoyed 62 years of marriage until his death on July 10, 1999.

Morrissine was the oldest living member of Pleasant Union Congregational Christian Church at the time of her death. She worked with her husband, Dale, in their laundry business for many years. She also taught cosmetology at Centralia and Mt. Vernon IL, Marion, and Harrisburg Beauty Schools. She and Dale helped raise several other family members. She loved her family and dedicated herself to them.

Visitation and funeral is Saturday, August 18, 2012, at Pleasant Union Church near Blairsville, IL. Visitation is at 1 pm and continues until funeral at 3 pm. Burial will be in Mt. Pleasant Cemetery near Blairsville. Cook Funeral Chapel in Carmi is in charge of all arrangements.

Memorials may be made to Pleasant Union Church or VNA Hospice.