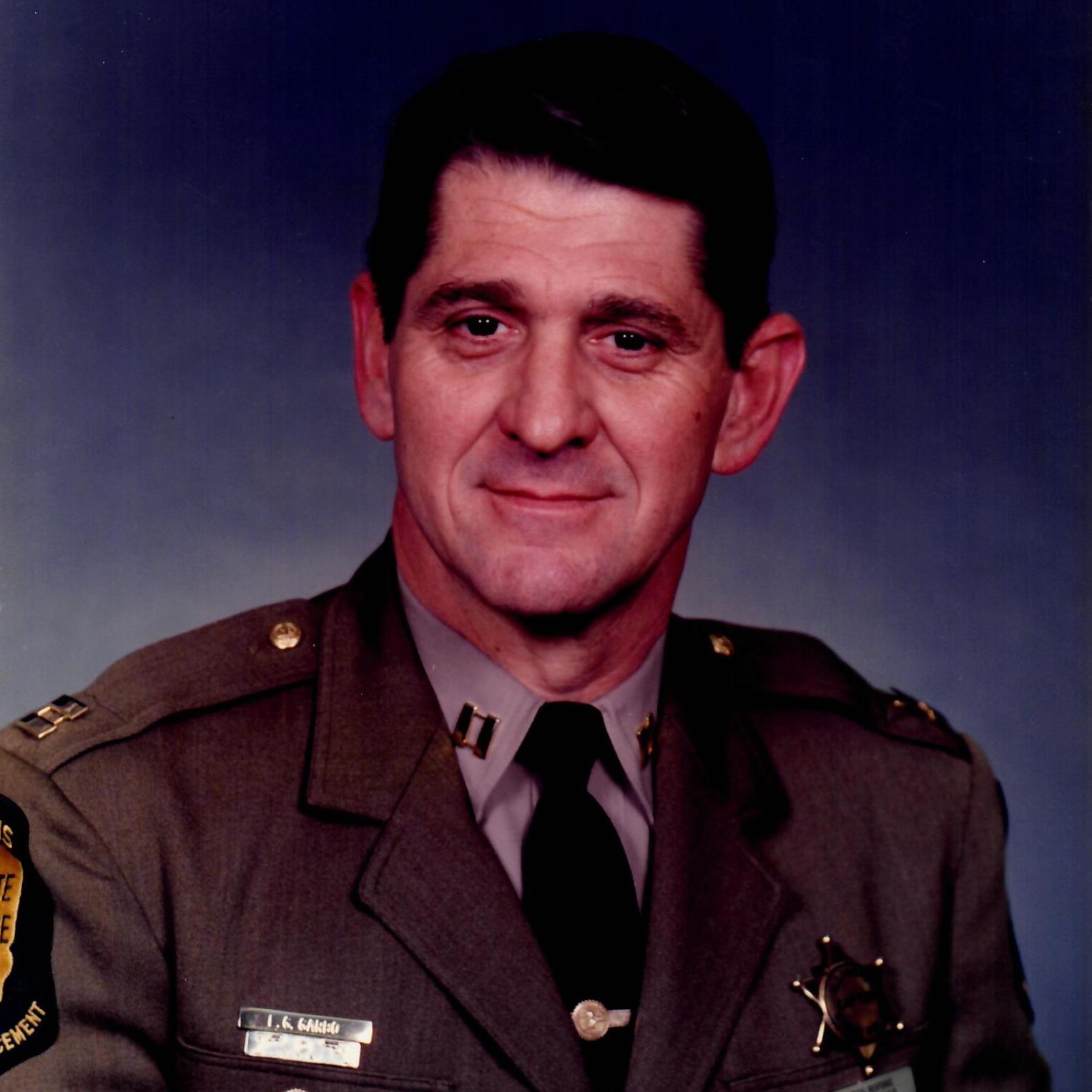 Larry was a member of the First Christian Church in Grayville. For 28 years, he served in four different districts of the Illinois State Police: D# 7 in Rock Island, D# 12 in Effingham, D#12A in Albion, and D#19 in Carmi where he was District Commander for 18 years. He retired at the rank of Captain. Larry also served in the United States Army.
Survivors include sons Terry A. Garbo; Michael G. Garbo; sisters Linda R. Lewis of Benton, Illinois, Mary J. Goss of Whittington, Illinois, and Greta L. Bryant of Paducah, Kentucky.

He is preceded in death by his parents and wife.

In keeping with Larry’s wishes, his remains were cremated.

A graveside service with military rites will be conducted at a later date at the Denning Cemetery in West. Frankfort, Illinois.

Cook Funeral Chapel in Grayville is in charge of local arrangements.

Parker-Reedy Funeral Home in West Frankfort is in charge of graveside arrangements.