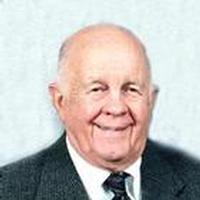 Jim was a retired manager for what is now known as Grayville Auto Parts. He was a member of the First Christian Church in Grayville where he served as a Church Elder. He was an Army World War Two veteran, and member of the VFW. Among his pastimes were collecting coins and stamps, and studying history and geography. He was an avid bowler and had a perfect game in January 1985.

He is preceded in death by his parents; sister Patricia Epler; and brother in law David Epler.

Memorials may be made to First Christian Church Building fund.