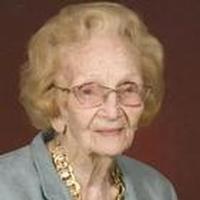 Gladys was a homemaker and charter member of the White County Farm Bureau Home Extension and long-time active member of the First Baptist Church in Carmi. For many years she was a retail clerk at the L. Haas Store in Carmi. She enjoyed cooking, and was an avid gardener and enjoyed working in her yard.

She is preceded in death by her parents; husband; brothers Doyle and Ralph Roser.