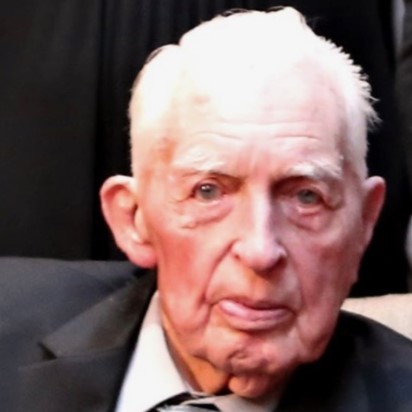 George Thomas “Tommy” Churchwell, 95, of Carmi, Illinois, died Sunday, June 19, 2022, at Fairfield Memorial Hospital in Fairfield, Illinois. He was born October 9, 1926, in Carmi, the son of Howard “Hop” and Mabel (Baker) Churchwell. He was married to Juineta Joy (Wilson) Churchwell in 1948 and remained married for 66 years until her death on November 22, 2014.

Tommy, as he was known, was house painter. He served in the United States Navy during World II in the Asiatic-Pacific Area and the Philippine Islands. He was a past commander and lifetime member of the local VFW, and a member of the American Legion. Gardening and raising doberman pinscher dogs were among his favorite pastimes.

Visitation and funeral are Sunday, June 26, 2022, at Cook Funeral Chapel in Carmi. Visitation is at noon and funeral is at 2 pm. Burial with military rites will be in Kuykendall Cemetery near Carmi.