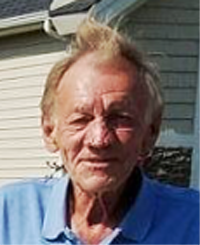 For over 36 years, Dale worked as a sales manager for Pearl Laundry in Evansville. He was a United States Air Force veteran.  He loved his work, but also he loved his grandchildren, his dog, Zoey, and spending time “working on his tan”.

Visitation and funeral are Tuesday, October 1, 2019, at Cook Funeral Chapel in Carmi.  Visitation is at 11 am and funeral is at 1 pm.  Burial with military rites will be in North Maple Ridge Cemetery in Carmi.