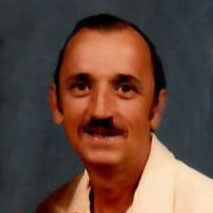 Charles David Pattillo, age 82 of Emma (Concord), Illinois, passed away at Wabash Christian Village on Friday, July 1, 2022. He was born on October 16, 1939, the son of Luther Edwin Pattillo and Ruth Elaine (Bozarth) Pattillo. He was married to Carolyn Sue Pattillo, and she preceded him in death.

David was a United States Army Veteran and served during the Vietnam War. He worked as a health care provider. He enjoyed watching the Chicago Cubs play baseball and also researching and watching the horse races. He also looked forward to nightly walks, often visiting with neighbors and their pets as he made his rounds in Emma. David was also proud of and loved tending to his garden.

Visitation and funeral services for David will be Monday, July 4, 2022, at Cook Funeral Chapel in Carmi, Illinois. Visitation is at 10:00 am and funeral is at 12:00 noon. Burial with military rites will be in Concord Cemetery in Emma.